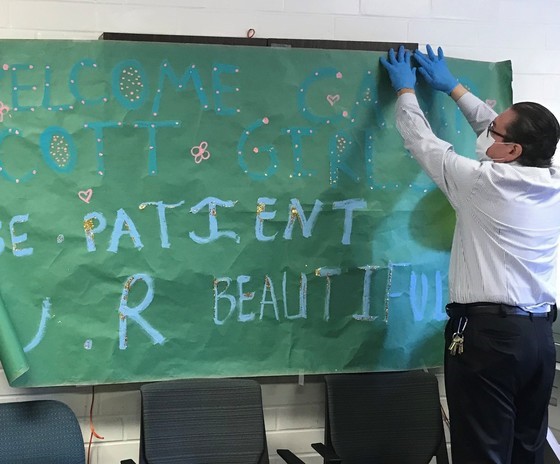 The Los Angeles County Probation Department has temporarily closed Camp Joseph Scott in Santa Clarita, the only Probation facility exclusively housing girls, due to the declining population of youth assigned to Probation camps in Los Angeles County. This past weekend, probation, medical, and support staff who worked at Camp Scott gathered to say a heartfelt goodbye to the 10 female youth who were transported to the Dorothy Kirby Center (DKC). Staff from Camp Scott have been temporarily assigned to DKC as well.

The population in Los Angeles County Probation camps has been significantly reduced in light of the COVID-19 pandemic, with the Department continuously screening cases in the camps for early release consideration. As of May 5, the Court has released 131 youth from camp, 75 of which were recommended by Probation. With only 10 girls currently assigned to camp in all of Los Angeles County, it was no longer feasible to operate Camp Scott with so few youth housed in it.

The youth from Camp Scott were greeted with welcome signs and a warm welcome from DKC staff upon arrival. The girls were assigned to a cottage exclusively housing former Camp Scott youth at DKC and have transitioned well in their new living quarters.