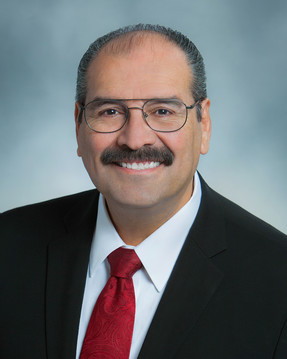 LOS ANGELES— Dr. Adolfo Gonzales begins his tenure as Chief Probation Officer of the Los Angeles County Probation Department today after being appointed to the position by the L.A. County Board of Supervisors on January 5. Chief Gonzales brings 43 years of distinguished experience in law enforcement, institutional rehabilitation, investigations, and community engagement.

“I’m really looking forward to serving as the Chief Probation Officer for Los Angeles County. This Probation Department has an extensive history. It’s a Department that isn’t only known for being the largest Department of its kind in the nation but is also recognized for its dedicated employees. I look forward to working alongside them to support our clients and continue to help transform lives every day,” said Chief Gonzales.

Chief Gonzales replaces Interim Chief Ray Leyva, who led the Department for the past year. “I extend my best wishes to Chief Gonzales and believe that he will recognize the Department’s many great achievements as a result of staff loyalty, dedication and hard work throughout the years,” said Leyva. Chief Leyva’s leadership navigated the Department through several efforts, including the global COVID-19 pandemic.

Chief Gonzales recently served as the Chief Probation Officer for the County of San Diego from March 2016 to January 2021, where he was a part of the Department’s transformation of the detention facilities to Urban Camps, a model of youth-centered, therapeutic and rehabilitative environment. Prior to being San Diego County’s Chief Probation Officer, Chief Gonzales was Chief Investigator for the County of San Diego’s District Attorney’s Office; Chief of the National City Police Department; Assistant Chief of the San Diego Police Department; and an Executive Fellow for the Federal Bureau of Investigation.

Chief Gonzales has been recognized with many honors and awards over the years including “Excellence in Public Service” from the UCSD, “Chief of Police of the Year” by the Neighborhood Market Association, a “Leadership Award” from the National Latino Police Chief’s Association as well as many other accolades.

The Los Angeles County Probation Department has an annual budget of over $1 billion and 5,600 positions serving more than 40,000 juveniles and adults who are on probation in the County.